"You will find her in God's Tower"

Guardian's Crusade is my favourite game of all time because it introduced me to the genre of RPGs. I was much younger and I was also notoriously bad at finishing RPGs back in the day and this was one that I could get through and enjoy. I loved the little morphing baby who I wonderfully named 'Baby Eve' after Eevee thanks to Pokemon. I also thought the main character was a girl because of the red fabric on the back of his helmet so I called him 'Misty'...*sigh* Never the less it didn't stop me from playing it and playing it until I became attached to the characters and the world.

I wanted a piece of art that showed my appreciation for the game and how much it meant to me then and now. I thought of how the characters would look on a promotional poster and also in a simplified vector way. Even though it's not as classic, I did draw some inspiration from Art Deco posters, but I didn't want to lose the classic fantasy feel of the story.

This is what I came up with. 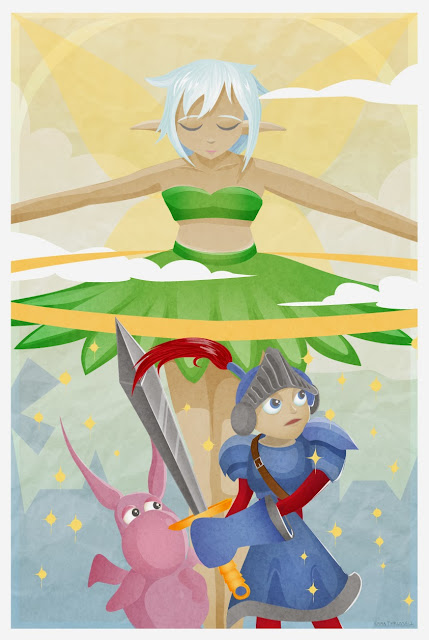 And here is my progress from rough line design sketch to finished vector piece. I was tempted to leave the vectors as block colours in the second image, making it look more like a simple children's book illustration, but I decided to continue. 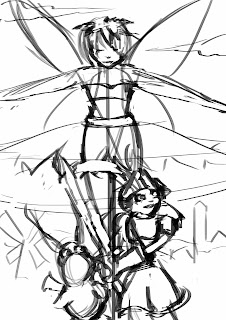 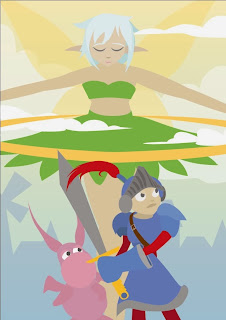 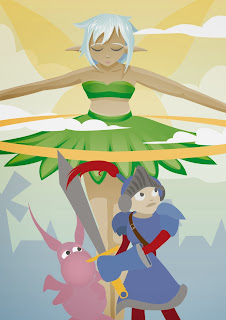 Posted by Emma Jane Thrussell at 05:49

Email ThisBlogThis!Share to TwitterShare to FacebookShare to Pinterest
Labels: Illustration

Hello! Nice to meet you! 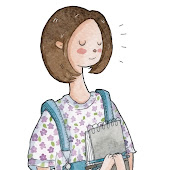 "My name is Emma and I am an illustrator and designer from the UK and I also love cats! These are my adventures and I'd like to take you all along with me!"